Driving in traffic is something you’ll quickly get used to if you’re taking driving lessons in a busy town or city. Driving in heavy traffic can be aggravating, and other drivers may become more impatient when stuck in traffic, so it’s important to know how to deal with driving on busy roads.

Driving in heavy traffic will put your clutch control skills to the test. There will be a lot of stopping and starting to contend with, so mastering finding the biting point is critical.

Some modern vehicles have stop-start technology, which means your engine will stop running when you come to a complete stop and will restart when you depress the clutch to indicate you’re about to move again. This is a very efficient way to save fuel and may be available in your driving instructor’s car.

Be A Cautious Driver.

Defensive driving is a skill that all learner drivers should master throughout their driving lessons, and it is especially important when driving in congested areas. Being a defensive driver means anticipating the unexpected and being prepared if, for example, someone pulls out in front of you.

People become impatient and erratic in heavy traffic. You may notice that other drivers try to squeeze into tighter spaces than usual, or that cyclists and motorcyclists weave in and out of traffic to avoid traffic jams. You should also keep an eye out for pedestrians who are crossing between stationary vehicles.

Many learner drivers are unexpectedly pulled over for hesitating in their driving tests. While it is critical not to pull out into an insufficiently sized space, it is also critical not to pause for too long at a turning or junction. Keeping up with the flow of traffic will be part of your driving test grade, and being able to deal with slow-moving traffic may be part of that.

When driving in stop-and-go traffic, you must leave enough space between yourself and the vehicle in front of you. When traffic flow is erratic, you may notice that the pace quickens and then abruptly comes to a halt.

If you’re traveling too close to the vehicle in front of you, you may not have enough time to react if they need to brake suddenly. In normal weather, it is recommended that you leave at least a 2-second gap between you and the car in front of you, and at least 4 seconds in wet weather. To calculate a 2-second gap, use landmarks such as a road sign or a parked car and count two seconds from the time the car in front passes it. You should be able to pass the landmark in 2 seconds.

Leaving a 2-second gap (or at least 4-seconds in wet weather) will provide enough stopping distance between you and the car in front. If you believe the car behind you is traveling too close, gradually reduce your speed to increase the gap in front and force the car behind to slow down as well.

If you’re stuck in traffic, make sure you’re not blocking any turnings, junctions, or pedestrian crossings. Keep an eye out for yellow hatched markings and ‘keep clear’ signs painted on the floor, and avoid stopping in them.

You should also avoid stopping at pedestrian crossings, as doing so can force pedestrians to weave in and out of vehicles. Keep a safe distance behind the driver in front of you to give yourself enough time to make a decision.

Previous Post: Tips for Upgrading Your Muscle Car
Next Post: How to select the right car towing service for you 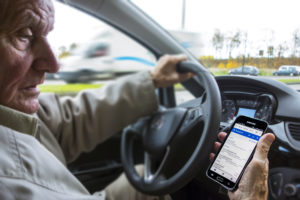 Get Skilled And Low cost Driving Classes By Specialists! 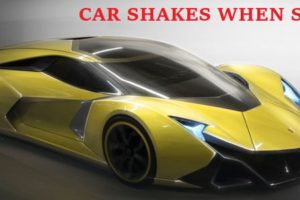 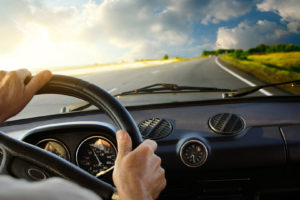