SUV or sedan? This may be a question you may find asking yourself if you’re in the market for a new family car. There are many factors to take into account when making comparisons between different types of vehicles, as each will have their own different advantages over the other.

For this exercise, let’s use comparisons between Peugeot’s 5008 (SUV) and 508 (sedan/fastback) to illustrate the differences in both types.

Since they have low ground clearance, sedans are easy to get in and out of. They are also more suitable for those with mobility issues, as you won’t have to climb to get into the car. Moreover, sedans have a lower center of gravity and are at less risk of rolling over and tend to have a smoother and more stable drive.

SUVs have a higher ground clearance. This also means that loading and unloading of goods is easier.  Four-wheel drive also usually comes as standard or at the very least will have it as an option, so they are ideal for handling off-road and certain hazardous road conditions (such as icy roads in winter). In addition, since they have higher seating, drivers and occupants also have increased visibility of the road and surroundings.

Due to the differences in size and shape of the two types of vehicles, with sedans being lighter and more aerodynamic than SUVs (and therefore are great for zipping through the city streets and weaving in and out of traffic).

However, you should look to SUVs in general if you’re after something that can handle heavier loads and also the extra space to fit more or larger items.

As can be imagined, sedans are comparatively cheaper to buy than SUVs. Though very competitively priced compared to similar cars in their class, this can be illustrated with the 508 having a manufacturer recommended list price of $53,990 compared to the $54,990 of the Peugeot 5008.

So in the end, after having had a look at some of the major differences between a sedan and SUV, there isn’t really a clear reason why you should buy one over the other. It all comes down to what you are looking for and what best suits you.

Previous Post: How to get a Great Auto Lease Deal?
Next Post: Learn to drive around roundabouts 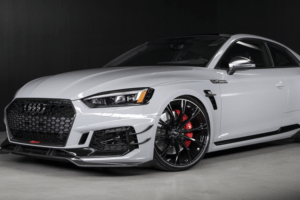 How To Take Care Of Your Custom Rims